In the context of the World Bank’s TechEmerge program a pilot (flash) flood information service for the State Disaster Management Authority of Himachal Pradesh (SDMAHP) is developed. The pilot area is the upper catchment of the Ravi River. The aim of the flood warning service is to improve resilience and protection for residents and businesses from the negative impact of floods. In this flood warning service, a 2D/1D hydrodynamic 3Di model is used to compute how predicted rainfall results in runoff and flooding. 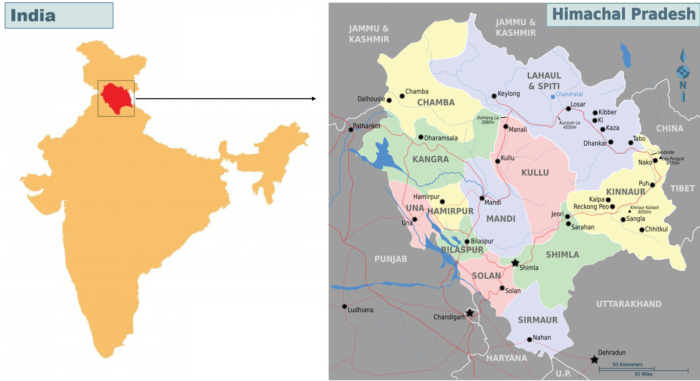 To be able to forecast floods in the catchment the model should: 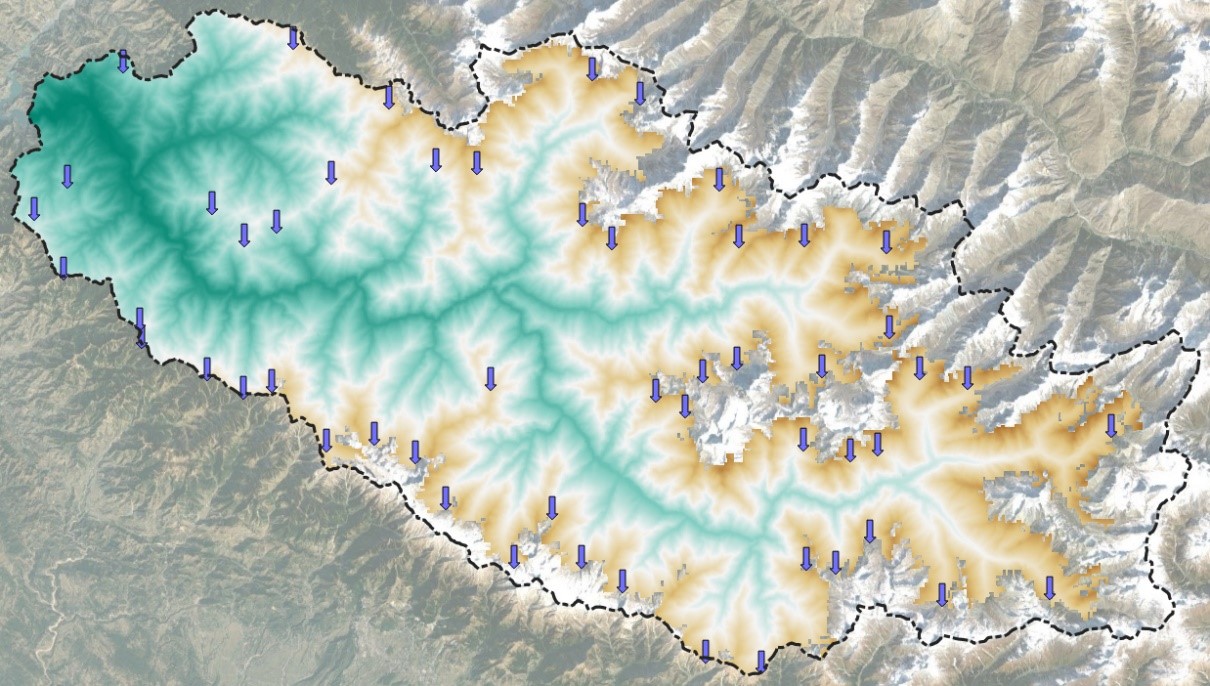 The model comprises the entire catchment of the Ravi River upstream of the Chamera I dam. It is a distributed model that computes two-dimensional flow over the surface. The most important hydrological processes it captures are rainfall, snowmelt, infiltration, ponding, runoff, and surface flow. All these processes are calculated using a two-dimensional (2D) flow model. Rain falls directly on the 2D cells and can be constant or variable in time and space. Snow-covered areas are excluded from the 2D surface model, and snowmelt is schematized as lateral discharge at 53 locations.

The modelling efforts were influenced by data deficient conditions, which caused the model calibration to be quite a challenge. Specifically the temporal resolution of rainfall data and the quality and spatial resolution of the elevation data are difficult.

The temporal resolution of the historical precipitation input is a daily aggregate. This limits the validation possibilities of the model as an hourly aggregate is required for that. The forecast rainfall data has a temporal resolution of an hour and can be used to verify the model. During the next monsoon period further model validation will take place and improvements can make accordingly. This is an important part of the process of flood forecasting.

The quality and spatial resolution of the elevation data

The model output quality is highly dependent on resolution and accuracy of the digital elevation model (DEM). Especially 3Di can make use of high-resolution data for large watersheds, thanks to the subgrid-technique. Multiple elevation models from different providers have been included in the model. The best quality was found with the (hydrologically adjusted) MERIT HydroDEM, although it is course (+90m horizontal resolution) and also results in an overestimation of water depths within the Ravi River at various locations. A fair conclusion is that, in these extremely steep mountainous model areas, high resolution elevation data is extremely important. 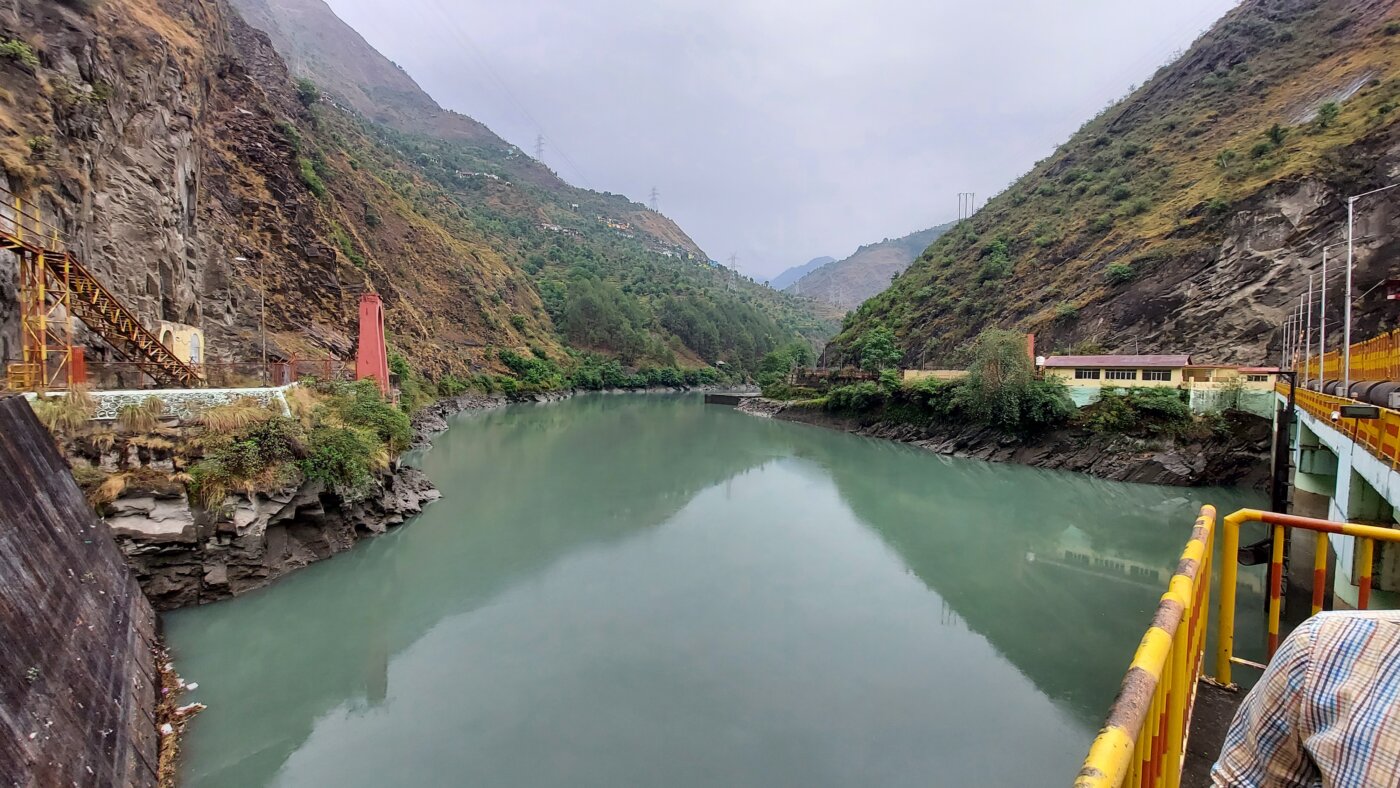 The observation data of the dam sites were not accompanied with data on the operational control of the dams. Therefore, the observations were subjective to interpretation of our modelling team. Luckily, we were able to travel to the catchment and investigate the dams during a field visit. Hereafter, the dams were implemented with accurate design and operational control. 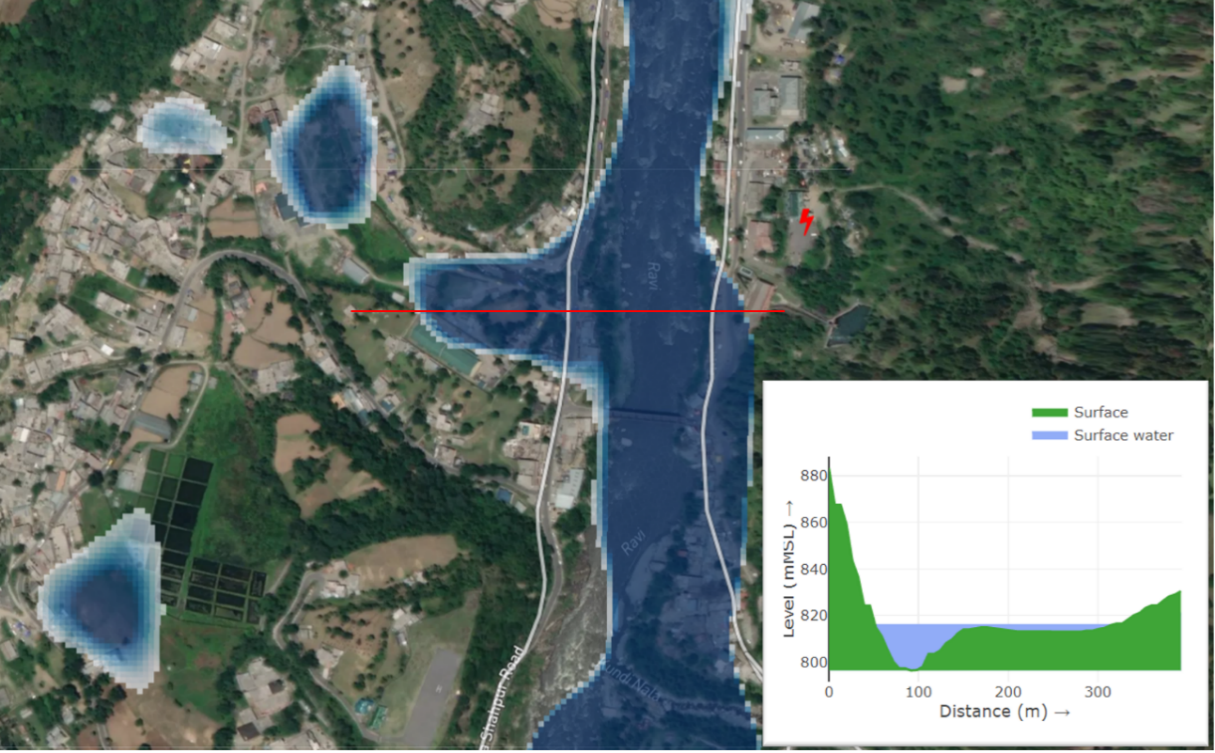 The model, including the hydrological processes involved, performs really well in terms of speed. The current model is fast enough to get enough lead time ahead of floods (eighteen minutes of computational time for a forecast of twelve hours). In terms of accuracy in spatial extent and depth, the model performs sufficiently, but there is still room for improvement. The biggest gain can be achieved by acquiring a Digital Elevation Model with a higher xyz resolution and using that DEM in the hydrodynamic model.

Overall, a solid base for the SDMAHP to work towards a fully operational flood early warning service. The model of the Ravi River is available in a state-of-the-art flood information service that is accessible through an internet browser. There are no heavy laptops and servers needed to run the model and to simulate a flood, making the service very accessible for the SDMAHP. In addition, there are concrete points for improvement. The improvements to be carried out are quite accessible in terms of available technology in the market for increasing the quality of the DEM and to increase the spatial and temporal resolution of the precipitation observations.